Hong Kong’s expat population is one of the highest in the world at 4.2% of its total population. Expats in Hong Kong are usually from: Continental Europe, North America, Australia, Mainland China, Singapore and other Asian countries (e.g. Taiwan, Japan, Thailand, Malaysia and Indonesia).

Hong Kong is also a territory that carries an incredibly high percentage of locals who invest in property and other financial products, such as life insurance, pension funds and other liquid assets in foreign countries.

For these individuals Estate Planning becomes more complicated, hence the importance of a holistic approach and suitable advice is essential to protect assets located in different jurisdictions.

Q1: What are the first considerations to be made?

First and foremost, the client’s background, assets and objectives with regards to their Estate needs to be identified. The advice depends on diverse elements including, the personal and family situation, the marital or civil union status (including any existing pre-nuptial agreement), the presence of children and potential legal conflicts that might arise from different jurisdictions. There is no one-size-fits-all Estate Plan.

In addition, aspects such as distribution and management of the Estate post-death as well as cross-border and local tax implications, need to be considered.

Q2: What are the main issues regarding common law jurisdictions?

In the Estate Planning context, common law jurisdictions typically provide more options for distributing wealth before or post death. Wills are the most commonly used tool in establishing specific instructions for transferring wealth to others through the probate system, after death. Trusts are frequently used to distribute and allow some or all of the deceased’s assets to avoid the probate process, in certain jurisdictions they can help navigate inheritance tax.

In many common law jurisdictions, the Estate is taxed before the distribution of wealth to the beneficiaries takes place. When somebody dies intestate (meaning without a Will) the local intestacy laws may determine the way in which property and assets are distributed.

Q3: What about civil law countries?

Considering the fundamental differences in the distribution and taxation rules in different countries, it is clear that an existing Estate Plan set up for a specific legal system may easily become ineffective and potentially counter-productive when all or some family members move to another country and become subject to a different legal system.

Q5: Which are the most efficient tools that can be used for efficient Estate Planning?

As already discussed in “Wills & Trusts: Two Different Estate Planning Tools“, there are different vehicles that can be used to efficiently set up inheritance plans. These depend on the specific individual, the family situation and the jurisdiction in which the assets are located. Wills and Trusts are tools which often are complimentary to each other and that naturally share the common goal of facilitating a unified Estate Plan.

When considering an Estate spread across multiple jurisdictions, it  should be particularly prudent to seek legal advice with a specialized focus on Estate Planning in the relevant countries.

A multi-jurisdictional Will is a testamentary document that governs the succession of assets located in several jurisdictions and either part or all of the testator’s worldwide Estate.

A separate “situs” Will, on the other hand, is a separate testamentary document for assets located only in one legal jurisdiction (situs), which is typically executed in that jurisdiction in accordance with its law. Both options are important components of a coordinated plan that is set up and executed with the assistance of professional Estate advisers.

Other options to transfer assets to beneficiaries are Trusts or Trust Deeds, companies (Onshore, Offshore and Mid-shore) can also be used. The choice of vehicle depends on the law applicable to the Estate. If the inheritance law does not recognise the structure chosen, then the situation will become difficult. This can happen in jurisdictions, often civil law based, where Trusts are not fully or even partially recognised. For example, Mainland China has its own laws regulating Trusts and the approach that its Courts might take towards foreign Trusts is at times unclear.

Yes, and they also have crucial significance in determining the exposure of a person to the transfer tax regime of a country. An expat should understand the definitions and requirements under the laws of the country in where they live, work, or own property and other assets.

The circumstances might be linked to residency, but also on the integration of wealth into a new country and the duration/intended duration of residence/domicile in that country. For example, the UK has different residence status based on length of residency or election of status: resident, domiciled, or deemed domiciled. The U.S. usually measures the days of the tax-assessment year that the taxpayer was physically in the country.

We can say that in general the specific status of the taxpayer will have major income and transfer tax consequences – different countries have very different rules.

In some jurisdictions, transfer taxes are connected to the concept of domicile rather than residency. Domicile is acquired by living in a jurisdiction without the present intention of leaving later. Residency, without the requisite intention to remain, will not create domicile. When domiciled in a country, severing it usually requires an actual move outside the country (with the intention to remain outside).

Tax rules are constantly changing and will need to be considered in each country at the time of purchases/sales of properties or assets. This will also depend on how assets are owned or used (e.g. for commercial or residential use). From a Hong Kong taxation standpoint, tax implications are usually simpler due to the nature of the territory’s overall tax system, and the inexistence of inheritance tax.

The effects of double-tax agreements with other specific countries also need to be considered, as these will impact the Estate Planning strategy. Evaluation of relevant transfer tax regimes and pertinent treaties will be needed to determine the transfer tax outcome. Furthermore, the nature of the property/asset,  its location and how citizenship/ domicile might affect net tax outcomes, will need to be scrutinized.

Q7: How often should I review or update my Estate Plans?

Generally, it is advisable to review a Will every few years or whenever a major life event occurs, or new legislation is put in place. There are certain life changing situations that will likely impact Estate Plans. Most commonly marriage or civil unions, divorce, children and significant changes related to assets. Also changes related to other parties might impact your Estate Plans, such as the death of a beneficiary/executor or certain changes to laws and regulations in a country where you hold property or assets.

Q8: What should I expect from professional advisors?

Many clients may be unfamiliar with the differences between common and civil law systems and how these can affect them during their lifetime and upon death. Private Client lawyers, who are familiar with working across multiple jurisdictions, can help you manage local issues and partner with other professionals qualified to provide legal advice overseas. Having strong and trusted relationships with other Estate Planning and tax professionals in other jurisdictions is critical.

Whether involving a life changing event or succession issues (e.g. forced heirship rules), professional advice will shelter you from unforeseen tax liabilities and ensure that your assets are distributed in the way you want, should death or mental incapacity occur. 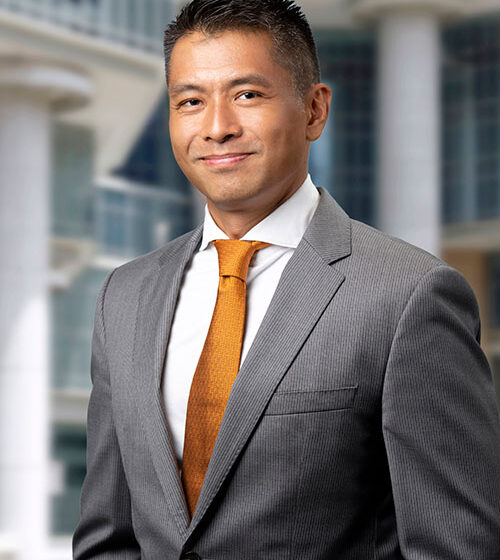