A series of FAQs about injunctions during court proceedings

Injunctions are also described as being interlocutory injunctions – that is, interim (i.e. temporary) pending the court granting the injunction after a further hearing or full trial of the matter in dispute – and final injunctions.

In appropriate cases, the court may grant injunctions, among others, to preserve or prevent the loss of assets, to protect against personal harm, to protect business or personal interests, to prevent loss or damage to reputation and to preserve preserve evidence which may be in danger of destruction or concealment.

Q1. What is an injunction?

Injunctions to restrain wrongful acts which are threatened or imminent but have not yet been commenced are known as ‘quia timet’ injunctions.

The court’s jurisdiction to grant injunctions derives from section 21L and section 21M of the High Court Ordinance, Cap 4.  It has also been suggested in judicial pronouncements that the court has a very broad inherent jurisdiction for the granting of interlocutory injunctive relief.

Q2. When can a party apply for an injunction?

An application for an injunction can be made at the same time as or after court proceedings have commenced.

In urgent cases, the court can grant an injunction before the commencement of court proceedings (upon the applicant’s undertaking to commence proceedings forthwith) if necessary in the interests of justice.

Acting with speed and urgency is crucial.  Generally, unreasonable delay will be a factor militating against the granting of injunctive relief.  An applicant’s failure to apply swiftly is taken by the court as indicating a lack of an urgent need to grant relief.

Q3. What must an applicant show in order to obtain an injunction?

There are three general principles governing the grant of injunctions which must be established on the facts before a court will grant an injunction, namely:

Q4. Is it necessary to inform the other side if applying for an injunction?

Otherwise, applications for interlocutory injunctions should be made with notice to the other side.

Q5. What is the procedure for applying for an injunction?

The procedure depends on whether the application is made ex parte or inter partes.

In either case, the application must make it clear what order the applicant is seeking and should be supported by evidence – typically in the form of an affidavit including all material facts of which the court should be made aware and exhibiting relevant documents.

If made ex parte and on an urgent basis, papers are generally submitted to the Duty Judge.  The Applicant’s solicitors (and Counsel if instructed) then wait on stand-by until a judicial clerk calls to say that the Duty Judge, or other judge assigned to deal with the matter if applicable, is ready to hear the application.

On any ex parte application, the applicant has an obligation to give “full and frank disclosure”, that is to inform the court of any points that might help the respondent or that it believes the respondent would make if it had the opportunity to be heard.  Failure to give full and frank disclosure will in many cases result in an ex parte injunction being discharged regardless of the merits.

Any injunction orders given ex parte will generally operate only for a limited period of time until the matter can be brought to an inter partes hearing involving all parties where the respondent party will have the opportunity to argue against the continuation of the interlocutory injunction.

Q6. Will the court impose any conditions upon the granting of an injunction?

An order granting an injunction may be made either unconditionally or on such terms as the court thinks just.

Where an interlocutory injunction is granted, the practice is to make this subject to a condition in the form of the applicant’s promise to compensate the respondent or any third party who suffers loss as a result in the event that the court later determines that the injunction ought not to have been granted.  This is generally known as an ‘undertaking as to damages’.

In appropriate cases, the court may impose a further condition to the effect that the applicant’s undertaking as to damages be fortified by the payment of security into court, by providing a bond of a bank or insurance company or by some other acceptable means.  In such case, unless the applicant provides the security, the injunction will not be effective.

Q7. What should a party do if served with an injunction?

A party served with an injunction should seek legal advice immediately, if possible.

A party served with an injunction should also take steps to preserve any evidence relevant to the matter, so long as this action does not amount to a breach of the injunction.

Q8. What is a Mareva injunction?

A Mareva injunction (also known as a freezing order) is a type of interlocutory injunction which prevents a defendant/respondent from dealing with the whole or part of their assets (i.e. by moving assets abroad or dissipating them) while legal proceedings are ongoing. Mareva injunctions are therefore used to protect the plaintiff’s potential right to access an effective and just remedy at the conclusion of proceedings, ensuring that court process and justice are respected.

To obtain a Mareva injunction, an applicant must show that:

Q9. What is a proprietory injunction?

To obtain a proprietary injunction, the applicant must show that:

Q10. What are the differences between Mareva injunctions and proprietary injunctions?

Proprietary injunctions (or freezing orders) are different to Mareva injunctions.

A claimant’s right to a proprietary injunction is different. It is issued to preserve assets over which a claimant has a proprietary claim so that they can be turned over to the claimant if he is successful in the action.

There is no need to prove risk of dissipation in order to obtain a proprietary injunction, making it easier to obtain than Mareva relief.

Q11. Can freezing orders be obtained against the assets of a third party?

The court has power to grant a freezing injunction against a third party (against whom no claim lies), provided that it is ancillary and incidental to a good arguable claim against a defendant.

Such relief, known as ‘Chabra jurisdiction’ (from the English case TSB Private Bank International SA v Chabra [1992] 2 All ER 245), is typically exercised against a third party who holds or controls assets beneficially owned by a defendant.

Q12. What is an Anton Piller Order?

An Anton Piller order is a form of mandatory interim injunction which permits the inspection of the defendant or respondent’s premises and civil search for and seizure of relevant materials and documents. The purpose of an Anton Piller order is to preserve evidence which may be in danger of destruction or concealment.

Anton Piller orders are commonly granted in (1) cases involving infringement of intellectual property rights (such as trademarks, copyright and trade secrets, and passing off); (2) anti-competition cases brought by former employers against ex-employees; and (3) matrimonial proceedings where it is thought that a spouse has failed to make truthful disclosure of his or her assets.

To obtain an Anton Piller order, the applicant must show:

Injunctions are equitable remedies.  Accordingly, applicants are required to act without undue delay to preserve their rights.  They must also act reasonably and conscionably.

In particular, applicants for injunctive relief should bear in mind the following: 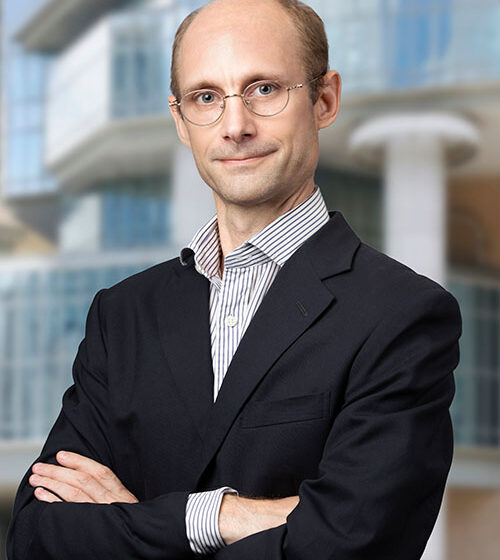 M&A: A Quick Look Into Due Diligence